Here is our list of the top affordable phones in May 2022 with a 5050mAh battery, 8GB RAM, and other specs. Take a tour to find your favored smartphone below!

Xiaomi Redmi Note 11 is the first device that opened among the best affordable phones in May. Notably, this handset comes out with long battery life and a great camera system. Firstly, Xiaomi Redmi Note 11 specs include a 6.43-inch AMOLED with a 1080 x 2400 pixels resolution. About the battery, the Xiaomi smartphone packs a 5000mAh juice box. Under the hood, the Xiaomi handset uses the Android 11 and runs on the Qualcomm Snapdragon 680 4G chipset. 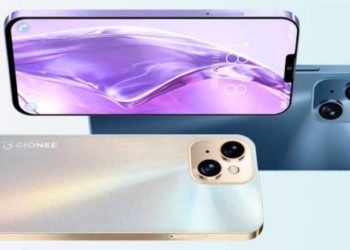 Let’s come to the last device today! Gionee G13 Pro specs boot a 6.26-inch IPS LCD with 720 x 1600 pixels. Software-wise, the Gionee G13 Pro monster runs on HarmonyOS. Meanwhile, this device’s hardware system is the Unisoc Tiger T310 chipset, paired with 4GB of RAM and 32GB of ROM (Unspecified). On the other side, the Gionee G13 Pro camera features dual 13MP + 2MP rear sensors at the back and includes a 5MP shooter for taking selfies. Battery-wise, this device comes with a 3500mAh juice box. Regarding the cost, the Gionee G13 Pro price falls at $90, 96 ~ Rs. 6, 827.

In detail, Xiaomi Redmi Note 11 and Gionee G13 Pro are great suggestions with massive batteries and affordable prices. Stay tuned and share your opinions with us in the comment section!